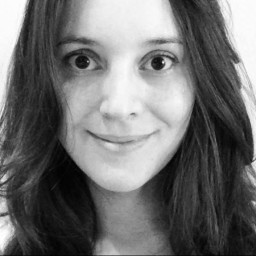 Cross posted from Culture of Science

The prospect of a large-scale solar power installation has been increasingly appealing as a way to limit fossil fuel consumption. The fuel is free, renewable, and inexhaustible and since we consume the most energy during day, peak availability aligns well with peak demand. The greatest hurdles to widespread adoption have been the high cost of the technology and storage.

DOE has put close to $30 billion dollars into a large number of companies pursuing renewable technologies. Although media has recently focused on $535 million allocated as a loan guarantee to the now-bankrupt solar panel company Solyndra, they haven’t been telling the entire story. Rather than aim to chase down a so-called scandal, we should be celebrating great strides forward throughout the industry to provide the right incentives for renewed investment.

What’s important to remember is that funding for science is different from other government expenditures because failure is part of the process. It doesn’t mean we should stop looking for new game-changing technologies toward making solar power widespread and cost-effective domestically and internationally.

During times of economic uncertainty, it’s vital for the United States to stay competitive in the global market. We are on the cusp of an energy revolution, with solar power at the helm, but China—not the United States–has taken the lead.

Price reductions during the past year have been the result of 1) an unexpected 80 percent decrease in the price of polycrystalline silicon used to make panels, 2) new advanced tools from U.S. companies, and 3) dramatic decreases in manufacturing costs in China after the Chinese government provided funding, large subsidies, and free land for solar companies. These changes drove the price of solar panels so low that many U.S. corporations could no longer compete in the market place. Solyndra went bankrupt because worldwide prices fell so far, which is actually to the advantage of U.S. consumers, and in reality, not a bad tradeoff.

One company’s failure is not reason to pull back on federal investment of alternative energies. Instead, it’s incentive to double down on research toward new innovations to stay competitive and find new solutions that boost the American economy.