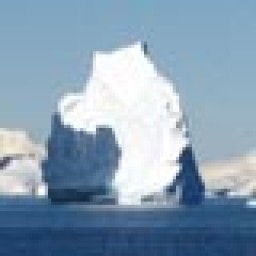 People mourn when a person dies, but no-one mourns the billions of intestinal bacteria that his death dooms. Speciesism, I calls it.

Among the major figures from computing have died recently, one is of special note to the environmental community. Most of the eulogies have made little or no mention of this, and so some of us who were there would like to repair this omission. In an odd, backhanded way, John McCarthy was a founder of the online environmental science community, as well as a vigorous opponent.

John McCarthy, a professor at Stanford noted for his development of the LISP programming language and his pioneering role in the field of Artificial Intelligence, was a denizen of the usenet group sci.environment in the days when usenet was the premier online discussion forum; the days before blogs (before the web even) and the days before the signal to noise ratio in sci.environment itself collapsed and everyone interested in cogent argumentation left.

Michael and I were also regulars, though at the time McCarthy was far the most renowned participant. Each of us had the privilege and the mind-expanding pleasure of disagreeing with one of the most creative and intelligent minds of our time.

JMC was a technological optimist. At times this could become indistinguishable from a belief in magic. But more often he had valuable things to say, and would temper the overenthusiastic but underoptimistic Green Folk. He was well known for a couple of his .sigs (sayings), which form a neat summary of his style:

During the second millenium, the Earthmen complained a lot.

He who refuses to do arithmetic is doomed to talk nonsense.

The first, of course, expresses his techno-optimism. But (since Planet3.0 is at least in part about presenting ideas in a way that they can be accepted) it can also be read as a criticism of people whose apparent reaction to almost any change is negative. The US is famous for its “yes we can” attitude, which is a powerful force. In contrast, “um, no, don’t like the sound of that” can be very weak.

But just as often he used the second; and from what my fallible memory calls forth, his ability to puncture nonsensical arguments with trivial arithmetic was his most notable contribution.

A good example is a discussion of shipping costs:

Someone speculated that increasing oil prices might force countries that import grain to grow their own because of the cost of
transportation… About 1600 tonne-miles/gal for a large dry bulker carrying grain.

Now we can do some arithmetic using the following facts.

Wheat costs something like $2.00 per bushel at present, but that’s an exceptionally low price because of bumper crops. Sometimes it’s $4.00 per bushel. I’m not sure I have those prices right, so someone may want to correct me.

Imagine an average journey of 5,000 miles.

The arithmetic gives us

Multiplying fuel cost by 100 would add a substantial cost to shipping wheat, but it would destroy the rest of the economy.

Conclusion: The cost of shipping grain long distances won’t force countries to be independent in food.

That was written in 1999. Oil is now ten times that price, and grain about three times the price, so the argument is still valid. Perhaps more to the point, it is still meaningful and you can check it yourself.

The point being, of course, that we have already emitted sufficient GHGs to overwhelm the natural Milankovitch forcing. We could perhaps have had an interesting discussion around that topic. But that was not at all what he wanted so he pushed for more, but was disappointed.

There is much much more in the treasure trove of old sci.env posts.

Alas, quite apart from the unrestricted posting which eventually effectively killed usenet as a coomunication medium, the problem was that it was fundamentally a discussion forum, and didn’t allow a corpus of ideas to be built up. So this interesting discussion of “lawyers science” is in danger of being lost from the discourse. If only it were not just as relevant today!

But since this is about JMC, we should point you to his reply as well.

As advocates for the already emerging climatological consensus back in the mid-90s, we didn’t lack for moments of frustration and even anger directed at John McCarthy. But this was always tempered with respect. McCarthy showed every sign of thinking for himself. He would occasionally choose an unexpected side on a particular matter, and he could even be convinced to back down given compelling evidence. These days, those almost count as lost skills! Particularly in discussing climate science and its relevance for policy, he disagreed, but disagreed cogently and honestly based on the facts he had at his disposal and based on a broad, encompassing view of the world. The best we can manage these days in our direct opponents, it seems, is compulsive nit-picking combined with amazingly selective attention. McCarthy could always nucleate an interesting and challenging conversation.

It is obvious that John McCarthy will be missed in the computing community. Michael and I at least would like to add that we will miss him as well.

-WMC with input from mt

NOTE: It turns out to be possible to get a posting history for JMC out of google groups.