Ugo Bardi teaches physical chemistry at the University of Florence, Italy. He writes on sustainability, peak oil, climate change, resource depletion and other subjects related to sustainability on his blog "www.cassandralegacy.blogspot.com"

By Professor Ugo Bardi
Reprinted with kind permission from his blog Cassandra’s Legacy.

Copyright is retained by the author. 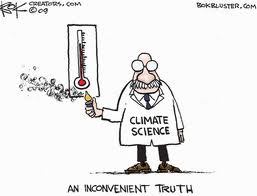 The remarkable success of the anti-science position on climate change is due in large part to the development of a successful narrative plot that casts scientists as evil schemers against the public. The attempts made by scientists to respond with scientific evidence to the attacks have not been a success. Recently, the work of the Berkeley Earth Surface Temperature (BEST) group has provided some further insight on the mechanisms of this conflict.In the “Aeneid“, the Latin poet Virgil tells us all the details of Cassandra’s unsuccessful attempt to fool Ulysses’s plot of introducing a wooden horse full of Greek warriors inside Troy’s walls. The Trojans were not stupid; they were fooled by a trick. On the beach in front of their town, they didn’t find just a wooden horse but a distressed Greek soldier, naked and bound. The Trojans believe him when he tells them that he is a victim of Ulysses and that he was left there as a sacrifice for the Gods. He tells them that the Greeks had admitted their defeat, leaving the wooden horse on the beach as an offering for the Gods before sailing toward home. The Trojans take the wooden horse inside the city and that will be their end.

This story is, of course, a piece of fiction, but not just a fairy tale. Virgil was a genius of literature and the Aeneid is a masterpiece of all times. The story of the wooden horse shows us all the elements of the human way of preferring fiction to facts. The Greek traitor triumphs because he tells the Trojans a good story that contains what they want to be told: that they have defeated the Greeks and that the Greeks are evil. Virgilio even goes on to show us how the scientific method is not enough against a good story. He tells us of how a Trojan, Lacoon, hurls a javelin against the horse demonstrating that it is hollow from the noise that is heard. But that’s useless. Stories are just too powerful to be overcome by just facts.

That we are deeply dependent on fictional elements in our perception of reality is nothing new. We see it again and again in the political debate; all based on fiction. The successful politician is the one who is able to cast reality in the form of a good story; identifying the bad guys and proposing their punishment (at present, the bad guys seem to be the scientists). It is the plot of basically all fiction: bad guys fight good guys and the good guys win; it is so simple as that. Fiction appears to be actually becoming reality in the sense that it is acted upon as if it were reality (read this if you are not convinced).

The case of the “BEST” (Berkeley earth surface temperatures) study tells us something of how the debate on global warming is cast in fictional, rather than scientific, terms.  The BEST study had a considerable media resonance, especially because of previous declarations of skepticism of the lead scientist of the team, Richard Muller. The study was also sponsored by institutions that had previously supported the denial of the standard interpretation of the climate data. But when the BEST results came out, they confirmed the previous result. That is, that the Earth is warming.

Global warming skeptics were clearly taken by surprise by the BEST results and their reaction tells us a lot on their way to approach the question. I had expected that they would fall in good order to their second line of defense; that is to saying that, “yes, global warming exists, but it is not caused by human activity”. Instead, they reacted with a vicious counterattack against the BEST study and its authors, with Richard Muller turning almost overnight from hero to traitor and being vilified in all possible ways (see, e.g., this image). Anthony Watts, of the blog “Watts up with that,” had initially declared about BEST that “I’m prepared to accept whatever result they produce, even if it proves my premise wrong.” But when the results came out he changed his position and his site is publishing almost daily attacks against Muller and the BEST study (see, e.g. this one).

It was already clear that the debate on global warming was not a scientific debate, but it is starting to be clear now how remote from science the position of the skeptics is. Their whole interpretation of climate science pivots around a single narration. It says that a group of evil scientists manipulated the temperature data in order to show a warming that doesn’t exist. They were caught red-handed when their private emails were made public in what we call the “Climategate” scandal.

You see how this story has all the elements needed to triumph over facts. It tells people what they want to hear: how the bad guys (the scientists) were defeated and that there is nothing to worry about global warming. No wonder that the denial side doesn’t want to abandon this narrative. It would not be the same thing for them if they were forced to battle climate science on the question of whether warming is caused by human activity or not. That becomes a battle of facts vs. facts as there is no equivalent fancy story that tells us of how evil scientists are (actually, there is one: it tells how scientists ignored the data showing that the “medieval warm  period” was warmer than the present time. But this is a far less effective story than the Climategate one).

There are so many elements that show that the Earth is warming that it is almost unbelievable that skeptics can have so much success with their denial. It is not so much because they are especially smart; it is mainly because scientists are poor communicators and have neglected the importance of the emotional content of the message. So far, scientists have been assuming that all they had to worry about was facts and their scientific interpretation – this is the way the IPCC reports are made. Someone else, then, would build a narrative on the scientists’ work. We are discovering that the world doesn’t work that way; not any more, at least.Narrative is a powerful way of conveying messages. It exploits channels already open inside the human mind. It is through narrative that you can call up the good that exists in human beings; their capability of working for a good cause, of acting together, of helping those in need. Just think of the Gettysburg address and you’ll see how a real leader can use a powerful narrative approach for a good purpose. We have plenty of ways to develop a narrative that is not in contrast with science. And we have the most wonderful story of all to tell; it is the story of an entire planet that spans billions of years and which we are just beginning to understand.

The BEST study may also do something more for us: it may provide us with a specific counter-narrative to be used against the “Climategate” one. If you ever were engaged in a debate on global warming, you surely were confronted – at one moment or another – with someone saying “but I heard that climate scientists had confessed that they had manipulated the data.” Up to now, all you could do to counter this statement was to use facts; you could only answer, “there is no evidence that scientists manipulated the data”. But that is pitting facts against fiction and, as we saw, fiction wins. With the “BEST” results, now you can say something like, “you know, the same people who said that scientists had manipulated the data commissioned a study that was supposed to prove that. And, funny, the result of that study was that the data were good! The Earth is really warming“. Isn’t it a good story to tell?