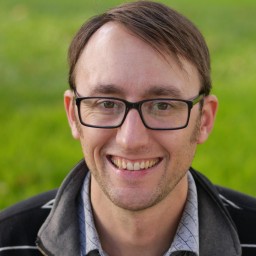 “The Quest” Questioned #4: Only the Pessimists Have Been Wrong?

Republished with kind permission from the author’s blog, Falling Gracefully.

If Forrest Gump was trying to explain oil forecasts, he might say: “Oil is like a jar of marbles.”

This might sound silly, but bear with me, since it will help to show that an argument from one of the world’s most highly regarded energy experts is ridiculous. That man is Daniel Yergin, described on the jacket of his new book, The Quest, as “the prominent energy expert of our times.” Despite his high standing, he has said a number of nonsensical things about peak oil, and I’ll focus on one of them here.

(This is the fourth in a series of articles about Yergin’s new book.)

Yergin says that although many are worried that the world is at the peak of oil production now, “this is actually the fifth time in modern history that we’ve seen widespread fear that the world was running out of oil.” [1] Each time these fears came up, he argues, they were then proved wrong.

However, there’s a major flaw in his argument: Even if there were predictions of peak oil that were wrong, that does not prove that current predictions are also wrong. Take the example of U.S. oil production, which did reach its peak in 1970 and has been declining ever since. For the U.S., there were a whole range of forecasts of what to expect in the future. Some were overly pessimistic, some overly optimistic, and some got things about right. Some who were wrong were overly pessimistic, but some were wrong for being overly optimistic.

Yet Yergin keeps using his argument that the pessimists have been repeatedly wrong. He uses it in his book, and in the excerpt from his book in the Wall Street Journal, and he repeats it in a video interview with the Wall Street Journal and in a Q&A with McClatchy. It seems he thinks that pointing out the past failures actually makes for a strong argument—or at least one that he knows many will find convincing.

“I have seen the same argument raised almost every time someone takes the skeptic’s position on the question of peak oil,” writes economist James Hamilton on his blog. He points out that it’s clearly a fallacy that this argument would apply in general. “Suppose I was trying to convince you that you are a mortal being,” Hamilton writes, “and your counterargument was, ‘but that’s what you said in 2005, and I didn’t die then! You said it again in 2007 and 2009, and each time you were wrong. Why should I believe you this time?’”

I like Hamilton’s analogy of a person arguing with their doctor—but I think there’s a better analogy. Death is an event that’s all-or-nothing. Forecasting oil production and trying to tell whether you’re past the peak, though, is different since it unfolds over a long period of time, and it is not totally clear that you have passed the peak until a while afterward.

It seems that Yergin and many others don’t realize that, by simple logic, it is the biggest pessimists who will be proved wrong first. So pointing out that these pessimists were wrong doesn’t tell you anything about when the peak might come, or how much oil we have left.

And that brings me back to the jar of marbles I started this post with.

Figuring how much oil is available is like a game where you put a bunch of marbles into a big jar and have people guess how many are in there. After you collect a bunch of different guess, to find out who wins the prize, you have to pull out all the marbles and count them, one by one.

Once you get to marble #101, the people who guessed 100 marbles or less are out of the game, but everyone else with higher guess is still in the running. When you get roughly halfway through the jar, and you’ve counted up (let’s say) 250 marbles, then you can say that those people who guessed around 500 marbles are probably going to be right. You won’t know for sure who’s right until you get to the bottom of the jar, but you can get a close enough idea once you’re fairly far through the jar.

When it comes to oil, trying to figure how close we are to the peak production, and how much might be left to produce, is a bit like this marble-counting game. The bigger the pessimist, the sooner they’ll be proved wrong.

On the other hand, the most optimistic estimators, like Yergin, will remain in the game a long time. If you guess that there are a million marbles in the jar, you can claim, up until the last marble is counted, that you might still be right.

Yergin points that there have been a series of pessimists that have been proved wrong, such as the director of the U.S. Bureau of Mines who, in 1919, predicted the peak of U.S. oil production in the 1920s. So Yergin does have a good point: Just because someone is a highly regarded expert doesn’t mean their oil forecast will be right. We can’t accept any of these forecasts—optimistic or pessimistic—at face value. We have to dig into them a bit to see whether they’re believable or not.

What Yergin doesn’t seem to realize—and that others haven’t been bringing up, as far as I’ve seen—is that these arguments apply equally to Yergin’s own statements. If experts are often wrong, Yergin himself could be far off the mark. And if it does turn out that he is overly optimistic, we wouldn’t expect him to be proved wrong, for sure, until well after the peak—that is, until after it is too late to provide an early warning of shortages to come.

In Yergin’s portrayal, it’s only the pessimists who have been wrong, over and over. In his chapter on peak oil in The Quest, he does not mention anything about experts who were overly optimistic. But there were plenty of them in the 1960s and 70s who argued that the U.S. had little to worry about, that there was plenty of oil, and that the country’s production could continue rising for a long time to come.

One such source of optimism was the nonprofit group Resources for the Future (RFF), a group that’s still around. In 1958 and 1960, RFF put out a couple of books that were very optimistic about U.S. oil availability. In their 1960 book, Energy in the American Economy, they concluded “total domestic availability of crude oil in the United States in 1975, at no appreciable increase in constant dollar costs, is on the order of 6 billion barrels [per year].” So you can see for yourself, here’s the quote, from page 386:

A 1963 Scientific American article by RFF’s Sam Schurr, the lead author of the book I just quoted, said: “Modern man has made himself largely by burning fuel. The supply of fuel appears to be almost inexhaustible.”

The RFF estimate in the 1960 book, the authors go to lengths to explain, is not a forecast nor a prediction, and to achieve it would require sufficient drilling, the right policies, etc, etc—enough caveats that if they were far off the mark, they could cover their butts.

They were well aware of forecasts of a coming peak, though, citing a number of them, including Hubbert’s 1956 forecast (discussed in part 1 of this series on The Quest). It’s clear that RFF did not expect a peak of U.S. oil in 1970 and a decline immediately thereafter, and that they were wrong about the prospects for U.S. oil.

In the early 1970s, after U.S. oil production had passed its peak, but before the OPEC embargo put the words “energy crisis” on everyone’s lips, groups such as the National Petroleum Council argued that the U.S. could boost its production again, as long as there was a “more sympathetic attitude” from the government, as a 1972  New York Times article put it. However, even a huge boost in drilling during the 70s and 80s and the opening of the supergiant Prudhoe oil field in Alaska failed to bring U.S. production up to its previous heights.

Unfortunately, the estimates that turn out, in retrospect, to be overly optimistic will only be proved to be so only a while after the peak of production. But by then, it will be too late for an early warning that scarcity is coming.

In his gloating about all the failed oil forecasts of the past, Yergin is like a kid playing the marble game who guesses really high. He can stay in the game a long time, feeling proud of himself for not being proved wrong, while others are dropping out for having guessed too low. But just because Yergin hasn’t been proved wrong yet for sure, it doesn’t mean his high estimate is right.

[1]: Notice that Yergin tends to characterize “peak oil” as “running out of oil”—which it is not. In the simplest picture of peak oil, if we’re at the global peak now, we’ve produced about half the oil we ever will. It took us 150 years to reach the peak, and there would be about 150 years of oil production left to go, albeit with the production declining, decade after decade. By repeatedly equating “peak oil” with “running out,” Yergin is creating a straw man—but digging into that in more detail will have to wait for another post.