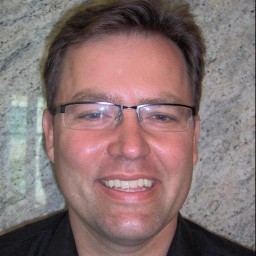 Let’s face it–it’s a bad year for Republican Environmentalists like me.  About half of the field of Republican presidential candidates once promoted the idea of addressing climate change in some way, but all but Jon Huntsman have backed off this stance to one extent or another.  Even Huntsman hasn’t suggested doing anything about climate change in the near term, and in any case, he’s consistently polled at 1-2%.

How are we supposed to respond?  There is a clear scientific consensus, based on clear scientific evidence, that humans are causing climate change, and this poses significant risks.  And yet, it’s become a litmus test for Republican candidates to either deny or express agnosticism about human-caused climate change.  Republican “environmentalists,” by definition, aren’t a single-issue kind of people.  If that were the only issue we cared about, we would clearly not be Republicans, so we often have to hold our noses and vote for candidates that don’t fit all our ideals.

The thing about people like us is that, since we sort of straddle the fence on some issues and can see some truth in alternative points of view, we are more likely to set aside ideology and vote for candidates that seem like they have some modicum of integrity and are, well… capable of abstract thought.  But in the current GOP presidential race, who are our choices?  We’ve got Huntsman, who seems pretty good (and was a great governor,) but who has no chance in the Primary.  We’ve got Romney, who isn’t so terrible, but badly needs to grow a spine.  We’ve got Rick Perry, who comes across as a dumb jock who is real proud he can name Galileo, but we’re not sure he knows much beyond the name.  (Prove me wrong, Rick!  Tell us three new things about Galileo!  I want you to go out there in that next debate and give 110%!!!  ”And the third thing is… uh… uh… oops.”)  We’ve got Newt Gingrich, whose recent conversion from being a sleazy hypocrite is less than convincing, and who alternatesbetween sounding intelligent and like Archie Bunker.  We’ve got Michelle Bachmann, who comes across as a saucer-eyed devotee of a UFO cult… and unutterably stupid.  (Being a Mormon, I find this amusing.  Go into any Evangelical Christian bookstore, and you will find countless books on the Church of Jesus Christ of Latter-Day Saints that ask whether we are “Christian or Cult”.  For many Evangelicals, anyone who isn’t an Evangelical belongs to a “cult”.  Ok, I completely understand that many LDS beliefs sound weird to outsiders–what religion doesn’t sound weird to outsiders?  But just look at the GOP presidential candidates, and if you want to tell me that Bachmann and Perry come across as more sane than Huntsman and Romney, I’ll politely mumble something as I back away.)  We have Herman Cain, who is very likely a groper, isridiculously uninformed, and who now answers all uncomfortable questions with “999″.  No, I’m serious.  Frankly, I don’t know anything about Tim Pawlenty except that “T-Paw” looks like a total pansy in debate.  Makes me want to pants him and shove him in a locker.  [UPDATE:  I realized just after I posted that it’s Rick Santorum who’s still in the race, rather than Pawlenty.  Nobody cares.]  And Ron Paul… I’m at a loss for words.

Maybe there aren’t very many of us, but we’re beginning to hear some rustlings from Republican environmentalists.  The Salt Lake Tribune reported today that Tim DeChristopher, who is in jail for obstructing the sale of resources on sensitive government lands (even though these sales were later deemed improper,) would support Jon Huntsman for president, because he had showed some integrity on environmental issues while in office as Utah governor.  DeChristopher describes himself as “a lefty activist felon in prison,” but the article also quoted me.  Here’s what it said:

Brigham Young University geoscientist Barry Bickmore, a Republican who speaks out on the importance of dealing with climate change, said he also would back Huntsman in sticking with the science.

Like DeChristopher, Bickmore said he would like to put climate change at the top of the agenda for more voters.

But the GOP, with candidates like Mitt Romney and Newt Gingrich backing away from the issue, it appears as though the GOP is becoming an anti-science party and imperiling its own future as a result, Bickmore said.

“If the Republicans don’t get together and stop pretending the problem doesn’t [exist],” he said, “in a couple of decades it will become so apparent that we were in denial about this that the party will be gutted, we’ll be turned out on our ear.”

Huntsman has warned much the same thing in recent debates.

Meanwhile, an article in The Boston Globe quotes several environmentalist Republicans in New Hampshire, who are not too happy with the current field of GOP candidates.  Here’s an excerpt.

On Thursday, Farrell Seiler, a Republican-leaning independent, and Republican Antonius Blok will host a workshop in Portsmouth, N.H., examining the impact of climate change on the Seacoast. They also will officially launch a new group, “New Hampshire Republicans for Climate.”

The subject line of their e-mailed press release says it all: “NH Republicans Hosting a Climate Conference? Really.”

Seiler said: “There needs to be an opportunity for enlightened conservative Republicans to raise their hands and say you can’t deny what the science is telling us. We don’t share the anti-science denial-ism of six and a half of the eight Republican candidates who are in New Hampshire running in the primary.”

Former Republican EPA officials – including the agency’s first administrator, Bill Ruckelshaus, and former New Jersey Governor Christine Todd Whitman – have begun to respond to use their national platforms to rebut the candidate criticism.

I hope more of us start speaking out, making the consequences of the GOP’s current trajectory clear.

[UPDATE:  Be sure to watch my seminar on “How to Avoid the Truth About Climate Change.”  See below.]

[ Editor’s note: This site is NOT interested in arguments that don’t have a good grasp of the hard science of our problem. We are interested in intelligent ideas from right and left and in between and off the spectrum altogether. It’s just that the right’s ideologies are challenged by the facts here. Bickmore acknowledges the facts, which is a good step, but doesn’t provide a conservative policy framework for addressing those facts. Such documents are astonishingly rare. Jim Manzi makes the attempt on occasion, but ends up underestimating the risks so badly that it hardly helps. And when someone like Jim Hansen makes a case, he is pretty much expelled from the club. ]