P3 presents this article for your information. We have not checked every claim, but find the piece overall compelling and concerning enough that it would seem to deserve public consideration.

I can’t promise that the author will respond to comments but will relay such responses as I get. 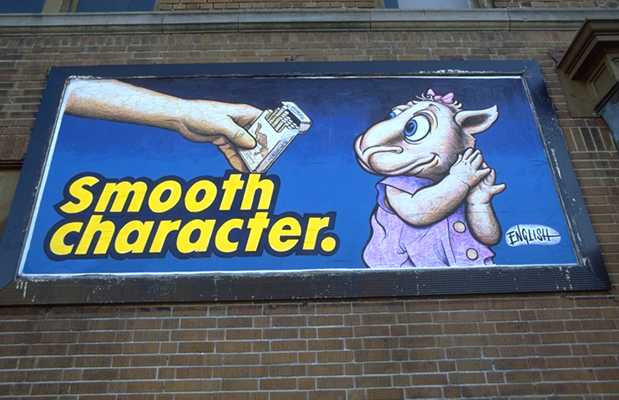 Judith Curry recently asked, “Why Target Heartland?”, as if this question were directed at a person or group in particular.

Curry’s title suggests that Peter Gleick chose to expose The Heartland Institute, though in his version of the story the sting was initiated by a memo sent by an Anonymous sender.  Judith Curry’s article was praised by professional reporters on Twitter (Keith Kloor and John Fleck).   This indicates agreement with Curry that Heartland is not worthy of this recent sunlight because the reach of this organization is not substantial, or because this action overvalues the “deficit model”.

Neither of these is necessary for the exposure of Heartland to be “news”.

At our request Heartland met with Reps . Crane (R-IL) of Ways and Means and Porter (R-IL) to encourage opposition to Clinton plan and FET [Federal Excise Tax] hikes . Heartland reports Crane and Porter are strongly in our camp, with meetings with Rep .Hastert (R-IL) and others upcoming .

A Bill called “Tobacco Health Tax and Agricultural Assistance Act of 1994” was referred to the Ways and Means committee on 3/17/1994, and that was the last action on that bill.

Heartland also worked with ALEC, which has a vast network of thank tanks and policy bills for elected officials, according to whistleblower documents.  Notice the writing on this pdf. “Roy Marden’s on [Heartland’s] board!”  He was also an executive with Philip Morris.

As you may already know, the American Legislative Exchange Council (ALEC) recently gave The Heartland Institute permission to make its model legislation available through PolicyFax, Heartland’s fax-on-demand information service . This means that 8,000 elected national and state officials will have instant free access, by fax, to all 250 model bills and resolutions .

In a Joe Bast letter to Roy Marden:

[Heartland] also has allowed you to serve on our Board of Directors, which has produced many positive results for the entire organization. Because Heartland does many things that benefit Philip Morris’ bottom line, things that no other organization does, I hope you will consider boosting your general operating support this year to $30,000 and once again reserve a Gold Table for an additional $5,000.

Unlike any other free-market think tank. Heartland’s primary audience is the nation’s 7,500 state elected officials. We reach them more often, and generate from them more requests for research, than any other think tank in the country

How Heartland treats our reps in government:

Heartland is one of very few organizations that treats elected officials as customers, not opponents.

Heartland works with ALEC and the State Policy Network to support conservative and freemarket think tanks around the country. Heartland does as much as either of these organizations to support the state-based think tank movement.

Why would being on the Heartland’s Board be valuable to executives at tobacco companies?  In an email, sent in July 1999,   Roy Marden says:

Re today’s call…. * I’ve contacted Larry Reed, president of the Mackinac Center in Midland,  MI, who previously wrote a backgrounder on the issue & contacted fed & st legislators in M I. He knows Abraham well, & before cob today is sending him a  note to “encourage him to do the right thing”.

The Mackinac Center is another think tank in the Heartland model, based in Michigan.  At the time, one of MI’s senators was Spencer Abraham.   A letter was sent to Abraham by Reed telling and linking to his *taxation by litigation* ‘backgrounder’.  This is still available to read.

Now comes the Clinton administration to raise the stakes in the national Blame Game. The Justice Department is preparing a lawsuit against tobacco companies for the stated purpose of recovering Medicare and Medicaid costs attributable to smoking. Picking on an unpopular industry with a charge that sounds superficially defensible may be politically shrewd, but the evidence suggests this is nothing more than a grab for cash with sweeping implications for every American business.

I serve on the Heartland Institute (IL) Board w/Jim Fitzgerald, Peter’s  brother. I &/or the Heartland president are following up w/Jim; the president  knows Peter well & will be calling him this afternoon.

The Peter, in this case, is very likely another senator, Peter Fitzgerald of Illinois. It’s not clear exactly exactly what ‘encourage’-ment Abraham needed or why contacting Fitzgerald was so important. At the time, as shown by Reed’s article, an appropriations bill was moving through the Congress designed to give the US Justice Department the resources to ‘file even more suits against tobacco companies’. In 1999, Clinton vetoed several appropriations bills, reasoning,among other aspects, that the bill “contained no funding for its lawsuit against the tobacco industry”. Heartland also worked on the public relations end for Philip Morris’ bottom line, publishing articles denouncing this measure whenever it came up in Congress.

[T]he U .S . Justice Department itself wants $50 million in taxpayer dollars to pursue a legal case against the tobacco industry initiated by the Clinton administration . When will it end? How many more billions of dollars must smokers pay, not for their health care, but to law firms, government bureaucracies, and “public interest” front groups that make a living (or is it a killing) by bashing smokers?

But what did the tobacco companies think of Heartland’s reach? A Philip Morris Monthly report on keeping tax deductions on tobacco advertising:

Working with the WRO and The Heartland Institute in the development of strategy and ally mobilization to preserve the deductibility of tobacco advertising expenditures .

A number of print or video news releases could be developed to publicize the event and its findings . Excerpts of comments and summary of the debate could be developed and distributed to media, think tanks, Congressional Research Service and mailed to legislators and their staff. Could be sponsored by Columbia Institute or Heartland Institute .  SIPI also a possibility .

Heartland and other think tanks would be used to “refine” the message:

Assign team to develop messages by 4/13/94 which appeal to the common sense of the general public : Science is weak, second-hand smoke is annoying but can be avoided, separation of smokers and non-smokers works, general public favors separation . Show there is a controversy, case is not closed. Show how unreasonable antis have become. Force them to moderate their positions or be held  accountable for their extremism . Reveal unreasonableness of lifestyle discrimination, prohibition, extremism

Heartland certainly took on these issues:

EPA had to twist and torture its data to find a public health risk from secondhand smoke .

What the public favors?

Surveys show, however, that most smokers actually overestimate the risk to their health posed by smoking.

If cigarette executives in fact crossed the line between legitimate product promotion and fraud, they can and should be punished under existing laws. New legislation isn’t required . Either way, the evidence suggests the public wasn’t fooled .

A large contingent of think tanks worked for the tobacco companies, as the next document shows, each with different responsibilities.  Philip Morris’ collection and network of paid think tanks “Action Plan”, where Heartland would:

The point of this is not to give Heartland more than its due. Nor is this an exhaustive representation of Heartland’s involvement in policy activity.

It is, rather, to a start to a conversation regarding the reach of the smaller organizations whose very purpose is to influence our government and policies.  As the tobacco battles show, these “small” think tanks become large and difficult to track when combined.  Any system where a person or body has more access to government representatives than the constituents is less than fully democratic, especially when the programs are paid for by special interests and ideological billionaires.

So, even as the media complains about the extreme views that dominate the climate debate, oligarchs continue to buy these views and disseminate them with immunity from exposure.  Yet we are told that investigating them is not worth whatever price is paid for doing so.

It appears that this is advice is followed uniformly in the mainstream media, so that the extremists will have more access to policy makers, prominent journalists, and mass media, all within the shadows they create behind our backs. So while I agree with Heartland that their reach is worth the exposure, I can also agree with Judith Curry when she asks: