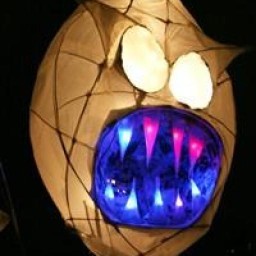 The Guardian reports on Stephen Emmott’s sold out Royal Court show in London. Emmott is Microsoft’s head of computational science and part of the 2020science research group. In his show, ‘Ten Billion’, he lays out what we’re doing to the planet in an exact replica of his office ‘right down to the slowly ageing tangerine that he has left in one corner’. He doesn’t offer much in the way of the hopey-changey stuff: “In truth, I think we are already fucked”. He’s teaching his son how to use guns.

There is nothing explicitly new in this analysis. What is fresh is its measured, uninterrupted exposition. There are no Paxmans to quibble over details and no climate gainsayers to make arcane or inaccurate objections. And that is the real lesson of Ten Billion. Without the clamorous voices of climate change deniers who constantly question the minutiae of scientists’ research or cherry-pick data, Emmott has shown that it is possible to make a straightforward, telling demonstration of the dreadful problems we face.

In a New Scientist interview, Emmott talks about the narrow range of options that exist for telling this story. Contrast to the implicit story told by the urban environment that most of us are exposed to daily. Car adverts in particular, of which there are as many as ever, seem to say ‘everything’s basically OK, don’t worry. Look, we’re even adding some extra green features and telling you the carbon output per mile. As you were’. The real story is of course much closer to Emmott’s, but we’re unlikely to see that finding its way onto billboards any time soon.

Just this weekend, for the first time, me and my partner started wonder whether the survivalists might be onto something. Emmott seems to think so. Is it a reasonable contingency response given the level of uncertainty we face? I’m a long way from the point where I’m willing to give up on politics, but others think differently – summed up by this neat little sentiment: ‘should we start the revolution now… or wait until the UN troops arrive after the food/financial collapse?’

This mode of thinking even has its own neologism, collapsonomics. Some of its thinkers are off to the wilds to find new stories (though presumably not to find new shooting skills at the same time); deeply suspicious of what some see as the ‘dictatorship of reason’ that got us into this mess (while also accepting the story the logos-merchants tell about the causes of the emerging darkness).

I hadn’t come across the term jeremiad until MT used it recently. Emmott’s theatrical performance certainly seems to fit into that category – but as the years pass, it seems scientific reality must increasingly segue into jeremiad. Are we all going to end up wearing sandwich boards – ‘the end of the world actually is nigh and I have the data to prove it’.

Much argument about ‘the message’ is thrown about – but is the problem that its too harsh and needs sugarcoating, or is it that Emmott and others’ work is a quiet but insistent squeak drowned out by a cacophony of comforting illusion?