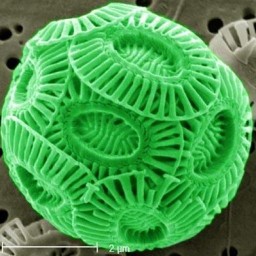 We’re trying to move toward a magazine format and this important piece by Things Break is a bit “bloggy”, so let me offer some introductory material.

The immediate context is some conversation on Collide-a-Scape, Keith Kloor’s blog. Keith is a me,ber of the tribe-that-is-not-a-tribe, i.e., mainstream journalismism. No that’s not a typo. “Journalism” is a behavior and sometimes a profession. “Journalismism” is a belief structure, the belief that there are two points of view in politics, that both points of view are equally irrational, and that the press’s role is to pressure the two groups to a compromise in the middle. This seems specific to the US quasi-constitutional bipartisan structure, though American media are so influential that it surely has influences elsewhere. And this specific piece is about just such a journalismist who is actually based in the UK and focuses on environmental issues.

(Those unfamiliar with Jay Rosen’s analyses of journalism are heartily encouraged to go look at it. What I call “journalismism” he calls “the view from nowhere”, and it refers to the peculiar, not-entirely-human authoritative and neutral voice that journalists strive for.)

The key issue of course is that sometimes the truth does not lie exactly centered between the extremes.

And this brings us to “hippie-bashing”, as our friend “ThingsBreak” puts it. A case where the mainstream press is forced by overwhelming evidence to admit that the truth is ever so slightly more on one side than the other, say, on climate change which is associated with the “environmentalist” side, requires them to broaden the focus, finding an equal and opposite case elsewhere where the truth is bent toward the “market libertarian” side. The trouble is that while there are, doubtless, opposite cases, finding one that is equally weighty as well as opposite in direction is actually, in the case at hand, impossible.

Of course, it is also irrelevant. One should reach conclusions about reality independent of what “side” of some social construct they are affiliated with. But this point of view is anathema to the view from nowhere.

It turns out that there is a long history of ill-informed political anti-environmentalist hackery confusing the issues about pesticides and somehow blaming Rachel Carson for every death from malaria since she wrote her groundbreaking book on it. What has this to do with climate? Well, it’s part of “environmentalism”, isn’t it, and so IPCC’s credibility rests on that all other “environmentalists”. Still, some huge enormous crimes against humanity are needed to balance the scales here, and some people have made some up. (Tim Lambert at Deltoid has been following this particular fabrication in detail for years and has just posted a simple rebuttal.)

It is in this context that we pick up Things Break’s interesting exegesis.

Not content with lying about positions scientists don’t actually hold, passing off his opinions as reporting, engaging in the kind of “he said, she said” false equivalency that has been so toxic in media coverage of climate, and just generally getting things wrong, here’s Pearce perpetuating the free market/anti-regulation think tank lie about DDT bans causing millions of deaths:

When Rachel Carson’s sound case against the mass application of DDT as an agricultural pesticide morphed into blanket opposition to much smaller indoor applications to fight malaria, it arguably resulted in millions of deaths as the diseases resurged.

[Although there was a big push to do away with agricultural DDT spraying, its use to fight malaria was not banned. DDT use continued apace in some countries and declined in others for top down reasons rather than environmentalist-driven anti-science hysteria, including resistance in mosquitoes, political instability, preferences for pyrethroids (which also killed cockroaches) or netting (which didn’t involve coating one’s walls with a sticky unpleasant substance), and genuine-science-based health concerns of governments.]

But hey, it’s totally fine to say something that egregiously, hideously untrue as long as you mumble “arguably” into your sleeve, at least according to Pearce’s cheerleaders.

Pearce’s lie comes in the context of the latest hippie punching fad, which is to equate environmentalist fears about GMOs, nuclear power, and fracking with evolution denial, climate denialism, and other hallmarks of the anti-science right. This is approaching something of a cottage industry among people who seem to be garnering fewer eyeballs on topics like climate change than they once did.

There are three facts of relevance here, in my opinion:

I think point number 1 is hugely important. The work of Dan Kahan and others (e.g. Kahan et al., 2011) has shown pretty convincingly that egalitarian-communitarians interpret scientific evidence in a way that conforms to their preexisting worldviews just as hierarchal-individualists do. I would like to see anti-science fears about GMOs and nuclear power either marginalized or preferably reversed by effective messaging and education. I vehemently believe that GMOs and nuclear power are going to be necessary tools in dealing with our energy and agricultural needs in the future, and that climate change probably increases their importance.

Point 2 is something that I trust is not in any way controversial or requires further discussion.

For those of us who believe point 1 is a legitimate problem, point 3 effectively knee caps efforts to ameliorate it. When people conflate issues that enjoy no clear scientific consensus, such as the environmental impacts of fracking, with denial of evolution or the reality of anthropogenic climate change, they are injecting a false equivalency that muddies the waters of discourse and prevents positive movement on the issue. The same goes for conflating dislike of business practices of certain agricultural companies and economic/national security concerns over nuclear power with denial of evolution or climate change.

If Pearce or the others who have taken up this latest meme stuck to what actually was equivalent, their complaints would look a great deal less serious. So they have to over-egg the pudding. This not only gives the appearance of more substance, it also generates more acrimony and page views. Whether the latter is intentional or not, it’s certainly not productive in actually addressing the problem, which requires understanding the actual scope and potential strategies for overcoming what environmental anti-science exists. And make no mistake, there are people doing just that.

But Fred Pearce is not one of them.

UPDATE: Some folks over at Collide-a-scape are trying to pin the decline in DDT use in some countries in the 60s against malaria on a 1971 US domestic ban. Yes, something in the 60s is being attributed to something that happened in the 70s.

Setting aside the timeline idiocy, as I stated previously, actual examination of the causes of malaria resurgence simply does not bear this out. Nor does it support in any way Pearce’s ghoulish lie that environmentalists are somehow to blame for it or millions of deaths. In the course of providing others with some references, I came across some additional reasons for malarial resurgence. It turns out that weakening of programs due to financial shortfalls, premature complacency, and intentional expiration of short term programs- in addition to aforementioned factors like resistance and political instability- are responsible not just for a decline in DDT use, but a decline in malarial-eradication programs generally (Cohen et al., 2011;  Nájera et al., 2011). Both papers should be accessible without a subscription.

For those not up on the history of graphic storytelling, the image is of the first repeating cartoon character “the yellow kid” who appeared early in Hearst newspapers. The name “yellow journalism” to refer to tawdry sensationalism is believed to refer to this handsome young chap. ThingsBreak used an actual pile of trash to illustrate his piece but we like to keep our front page looking spiffy.