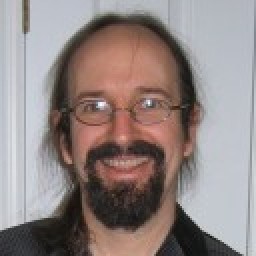 Paul Baer is the Research Director for EcoEquity. Previously he was an Assistant Professor at the Georgia Institute of Technology's School of Public Policy and a climate economist for Union of Concerned Scientists. He is an internationally recognized expert on equity and global climate policy, and a co-author of the Greenhouse Development Rights framework.

“The time has come for subsidy reform and carbon taxation.”

Since its release on Wednesday, the IMF’s foray into climate change policy has developed quite a buzz. The headline figure – $1.9 trillion in annual fossil fuel subsidies – is indeed quite eye-catching. And since it’s hard to defend subsidies for mature products with no public-good features, this ought to get even neoliberals lining up behind it, no?

Well, maybe. It turns out that if you read the paper carefully – or even not-that-carefully – you quickly find that the majority of the subsidies in question are about $1.2 trillion from a missing carbon tax of $25/ton CO2;  about $500 billion annually in direct fuel subsidies, mostly in developing countries; and the balance (another $200 billion) from the exemption of fossil fuels from value added taxes.

The $25/ton figure is taken from the United States EPA’s Technical Support Document: Social Cost of Carbon for  Regulatory Impact Analysis, published in February of 2010 by the Interagency Working Group (see also the EPA’s page on the Social Cost of Carbon). Now, if you are familiar with the debates about the social cost of carbon, you know that the $25/ton figure is, how one might say, not robust. Estimates in the literature span three orders of magnitude (Tol 2005). Even the US EPA’s assessment gives four different pathways (for a given set of assumptions, the SCC rises over time), ranging from  $6 to $73 in 2015, measured in 2007 dollars. Three of the four scenarios are based on alternative discount rates (2.5, 3 and 5%), and the fourth is based on a 95th percentile damage estimate, also using a 3% discount rate. The 3% figure, using the average of the mean estimated damages from three different Integrated Assessment Models, is $24 in 2015 in 2007 dollars. This is presumably what the IMF rounded to get their $25 figure.

There is of course a great deal more to be said about this, not least of which is that the modeled damage estimates are fairly conservative (the $24 figure assumes annual damages at about 2.5% of GWP for a 4 degree increase), and of course it does depend on the discount rate selected. For a good critique, see this report by Frank Ackerman and Elizabeth Stanton for the Economics for Equity and Environment (E3) network. But in this context, there are three particularly important points:

1) The $25/ton value, while not unreasonable, is in some sense completely arbitrary;

2) “Removing” this subsidy would involve imposing a $25 (or some other value) carbon tax; and

3) The subsidy is actually being provided by those who will suffer the damages. That is to say, given the great asymmetry between emissions (highest in the industrialized world on a per capita basis) and vulnerability (greatest in developing countries and generally among the poorest in those countries), the world’s poor are subsidizing the world’s rich.

Excellent for the IMF to have brought this up, and for the Washington Post to have read enough of the report to identify the social cost of carbon value used (which is nowhere to be found in the IMF’s press release, nor in the Reuters story reported by the New York Times). Nonetheless, one can’t help thinking that the IMF is trying a little bit of a bait and switch here… It will be interesting to see who bites.

(Note that there are a completely different set of issues regarding the direct fuel subsidies, which are generally supposed to benefit low-income households but in fact largely benefit wealthier households who actually use more fossil fuels. Another time…)

Ackerman, F. and E. A. Stanton (2011). Climate Risks and Carbon Prices: Revising the Social Cost of Carbon. Portland, OR, Economics for Equity and Environment.