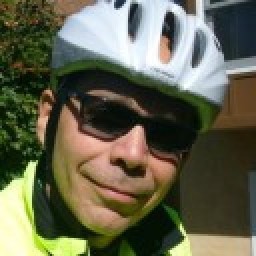 The first Carbon Bubble report, released a few years, was a very big deal. It told us that the whole “peak oil” trope was just wrong, that the real name of the problem was Unburnable Carbon. And it led Bill McKibben to publish his fabulous Rolling Stone article. And then came the Do the Math project, and the whole carbon divestment movement. Definitely a very big deal.

And now comes the second Carbon Bubble report, Wasted Capital, which was just released. It’s Phase II of the project and, far from being a rehash, it’s proof that the fundamental approach is sound. In fact, it’s huge news. Lord Stern (of the Stern Review) is now fronting. The modeling has been fine tuned, and now shows – among other things – that Carbon Capture and Sequestration is extremely unlikely to save our bacon. There’s an improved geographic analysis which shows just how hard the Carbon Bubble is going to hit the emerging economies of the developing world. There’s a huge amount of evidence that, not just stars like Jeremy Grantham but mainline financial analysts around the world are taking the argument on-board, and in a big way. There’s even a bit of speculation about how this is all going to interact with new round of the climate negotiations, which will reach their (next) crisis in the winter of 2015, six years after Copenhagen.

What’s at stake? Look at it this way. A reasonable person, looking around with open eyes, might well decide that we’re unlikely to free ourselves from the grip of the fossil-fuel cartel. That, to be blunt, we’re likely to commit civilizational suicide. But there’s still a chance that we’ll decide not to. Perhaps not a big chance, but what the hell. If you’re a money manager, you have to take it seriously. You have to take it, in fact, as a risk that you need to hedge your portfolio against. Because you’re probably holding a lot of fossil stocks, and if you’re not doing so consciously, you’re not doing your job. And – this being capitalism – that means that someone else is going to eat your lunch.

Quick background: The Climate Justice movement has been talking forever about the need to “keep the oil in the soil, the coal in the hole.” For maybe 15 years, actually, maybe longer. But until the scientists worked out that the sum of emissions over time (the “carbon budget”) was to a first order the best predictor of global temperature change, they were generally dismissed as naive and ideological. But that was then. Now we know that, literally, we can’t burn all the fossils we have. Not if we intend to stay around. Not even close, actually. And we know it quantitatively. Rigorously even. And we know it while we’re still licking our wounds from the bursting of the last financial bubble.

The Carbon Tracker Initiative doesn’t come off like a climate-justice project, but its logic is just as implacable. And it has been explaining that logic to analysts on Wall Street and in the City of London, in language that they can understand. In short, Carbon Tracker has been arguing that “governments will limit carbon emissions, so if your business model is based on burning it, you are overvalued and at risk – sitting on a bubble. BAD haircut coming.” And they’re clearly right. This is a “systemic” approach that shows that markets fail, and sometimes spectacularly, and that right now they’re leading investors (and, oh yeah, humanity as a whole) to disaster.

The timing couldn’t be better. The science is getting terrifying. The movement is growing fast. The negotiations are rebooting. The challenge of thinking big – with a sense of the global political and economic challenges that are now on our collective plate – is no longer one that can be put off. Think about it. We’ve got to phase out coal – and then oil and gas. And we’ve got to do it while many of the people on the planet are still dirt poor. How’s that going to work?

In the meanwhile, here’s a roundup of the initial press. Most of it is British. Hopefully, the US press will pick up the story, but you never know these days. So far, there’s just a blog that The Times took from The International Herald Tribune.

New York Times Blog: An Earth Day Debate: Is There a ‘Carbon Bubble’?

The Guardian: Carbon bubble will plunge the world into another financial crisis – report

The Guardian Environment Blog: How your pension is being used in a $6 trillion climate gamble

UPDATE (mt): Still in blogland in the US media at this moment, but a little more prominently, as Revkin has picked it up.

Bubble image by Justin D Miller is in the Creative Commons (CC by 2.0)