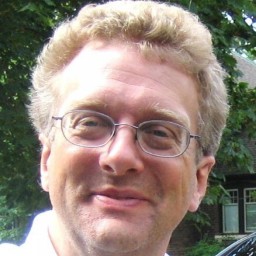 The South American nation of Ecuador is famous for its biodiversity, with Pacific coastal plains, Andean mountain range, and the eastern sector taking in a small corner of the vast Amazon jungle. Despite its small size, Ecuador is home to over 1600 species of birds – about one-seventh of the world’s species: http://en.wikipedia.org/wiki/List_of_birds_of_Ecuador

The sector east of the Andes is known as El Oriente – ‘the East’ – and is a largely roadless area still mostly covered in primary rainforest. Five of Ecuador’s 24 provinces make up El Oriente:  Sucumbios, Napo, Orellano, Pastaza and Morona Santiago.

Last month the Ecuadorean government announced its decision to open up a large area of the Oriente region to oil exploration by Chinese operators. This news seems disturbing given the area’s recent history of environmental and human impact from previous drilling operations in the same terrain. In this post I try to convey just how incongruous and imprudent this decision seems in light of this history.

Access to the roadless sector is almost exclusively via the rivers that flow east or southeast from the Andean foothills. Travel is via long dugout canoes, many now bearing outboard motors. (A few remote towns also have small airstrips, used chiefly for medical evacuations).  Although roadless, the area is far from uninhabited: a number of indigenous peoples make their homes in El Oriente. Under the broad category of the Kichwa peoples are more specific local populations known as the Waorani and Cofan in the north, Sarayaku in the south, among others. These peoples have inhabited the region for millennia, and have retained a pre-industrial subsistence lifestyle, migrating through their jungle territory and drawing their sustenance from hunting, fishing and gathering fruit and tree nuts. Many had little to no contact with the outside world until the mid-20th century, and a few continue to avoid outsiders.

I learned about the Waorani or Huaorani people when we visited Sacha Lodge on the Rio Napo, just across from Yasuni National Park, 2.5 hours by motorized dugout down river from the end of the road river port of Puerto Francisco del Orellano (the town people know as just ‘Coca’– and not for the cola!) The lodge is staffed by local Kichwa people, including the brilliant bird guide Oscar. One early morning trip to the observation platform led by Oscar yielded 71 bird species – all 71 of which Oscar was able to rhyme off from memory perfectly back at the lodge later that day.

My wife has a knack for finding these eye-opening adventure trips, and also for selecting travel reading that brings each area to life. Her apt pick for our Panama trip was McCullough’s tour-de-force Path Between the Seas on the building of the canal. For Ecuador she found Joe Kane’s Savages (1995, ISBN 0679411917), a remarkable account of an American writer who settled among the Waorani people for the better part of a year.

Inspired by this great read, on returning to Toronto I delved into UofT’s library collection for more on the Waorani and related Kitchwa groups, which yielded several good accounts from differing points of view:

New since I read up on this area:

Along with these I also read about Chico Mendez organizing the indigenous rubber tappers in Brazil, another situation where indigenous rainforest residents found the outside world wanted things of them that they could neither understand nor properly assess or negotiate.

The upshot of all I read on the Waorani and Cofan peoples is that contrary to outward impressions of ‘poverty’ or ‘primitive’ lives, their world makes sense to them, and their way of life has been working without outside support or intervention since time immemorial. One researcher reported that their hunter-gatherer efforts take up just two hours of work per day on average to meet their nutritional needs, leaving them copious amounts of free time which they fill with weaving, dancing, singing, and storytelling. Their active life makes them physically fit – Kane is a distance runner yet he found it taxing keeping up with their pace when they claimed just to be ‘walking’ to neighboring villages, let alone running down wild boar.

These peoples control and live off land that was barely touched by European explorers and conquistadors. While these lands were ‘claimed’ for Spain during their colonization of South America, there was no substantial migration of Spanish people settling these areas. Nominally absorbed into the nation of Ecuador and its legal system, the Kichwa peoples retained their own cultural identity, and their world continued to function at a local level largely independent of both Spanish and highland Quechua outsiders. They have historically lacked both literacy and written documentation like legal land title and individual government ID. Ecuador’s westernized legal system has made some strides in recognizing their rights as citizens and occupants of the land despite this gap, but respect for their landholder rights can falter when outside forces like multinational oil companies take an interest in drilling their traditional lands.

This first happened starting over 50 years ago as Texaco and state-owned Petroecuador joined forces to explore for oil in El Oriente’s northern sector. Local residents were not really treated as landowners with rights to negotiate over drilling access. Randy Borman’s story recounts how the Cofan people responded to this incursion. While they resisted bravely and mainly non-violently, and their community held together under the disturbance, drilling did go ahead, with some severe environmental impacts.

Past decades saw catastrophic intrusions by Petro Ecuador in conjunction with Texaco. http://en.wikipedia.org/wiki/Petroecuador. This partnership developed many conventional oil wells in the jungle and built pipelines to carry the resulting crude oil over the Andes to market. Sadly, their standards of work fell far short of the standards to which their first-world operations were held; operating far from the view of western business interests or government, Texaco and Petroecuador allowed a lax, negligent approach in drilling operations in the jungles of El Oriente. Pipelines frequently leaked crude, and water injection wells output toxic mixtures of oil, water and drilling fluids which were held in open, unlined ponds, with no attempt to return the surface to a safe condition.

Local indigenous residents began to notice oily contamination of streams and waterways on which they relied for both drinking and fishing. Complaints to drilling operators sometimes yielded tragi-comic attempts at remediation, such as offering empty plastic barrels for the victims to use to collect rainwater for use in lieu of formerly potable river water. (No mention was made of how to replace the lost food supply from fishing.)

After decades of frustration, the Kichwa peoples found their voice in national politics, and with legal help of environmental NGOs finally pressed a lawsuit against Chevron Corp (which had subsequently taken over Texaco.) www.chevrontoxico.org

In 2012 an Ecuadorean court found in favor of the Ecuadorian plaintiffs and against Chevron for a staggering $18 Billion. Naturally the defendant is not rushing to pay the settlement, claims it was fraudulent, and will pursue all available appeals and legal tactics. http://newsandinsight.thomsonreuters.com/Legal/News/2013/01_-_January/Former_Ecuador_judge_on_Chevron_case_says_plaintiffs_bribed_court/

Currently, with the record-breaking Chevron judgment still working its way through the appeals process, Ecuador’s government has somehow decided to open up new tracts of El Oriente to oil exploration by China’s Overseas Oil Company. This also seems destined to vitiate any putative good that might have come out of President Correa’s 2007 proposal to close the Yasuni region to oil extraction in return for financial compensation from other nations (an intriguing idea which has attracted hard cash and pledges of more; it raises a lot of questions about how the world could ever reach the point of leaving much of the existing fossil reserves untapped. There’s a raft of issues for a whole separate post.)

Aside from the question of whether Ecuador could become a trailblazer for leaving most of the remaining carbon in the ground, the more immediate threat from the new oil leases is local. Despite the sorry legacy of PetroEcuador’s and Texaco’s  leaking pipelines, unlined pits filled with lost oil, water pollution, lost fisheries,  human cancers and numerous other health impacts on local residents, Ecuador is willing to resume drilling the Amazon basin. Perhaps they are hoping that this time, China will do better at respecting indigenous people’s rights, health, and the integrity of the jungle environment than Texaco was able to do?